Aarushi Machavarapu is not only a social activist, she’s a social entrepreneur who puts storytelling at the center of what she does.

At age 16, she founded Threading Twine and went through Quarter Zero’s Catapult Incubator. Threading Twine is a media platform that empowers youth activists to publish content about the issues that matter to them.

The platform has been empowering to her, too. 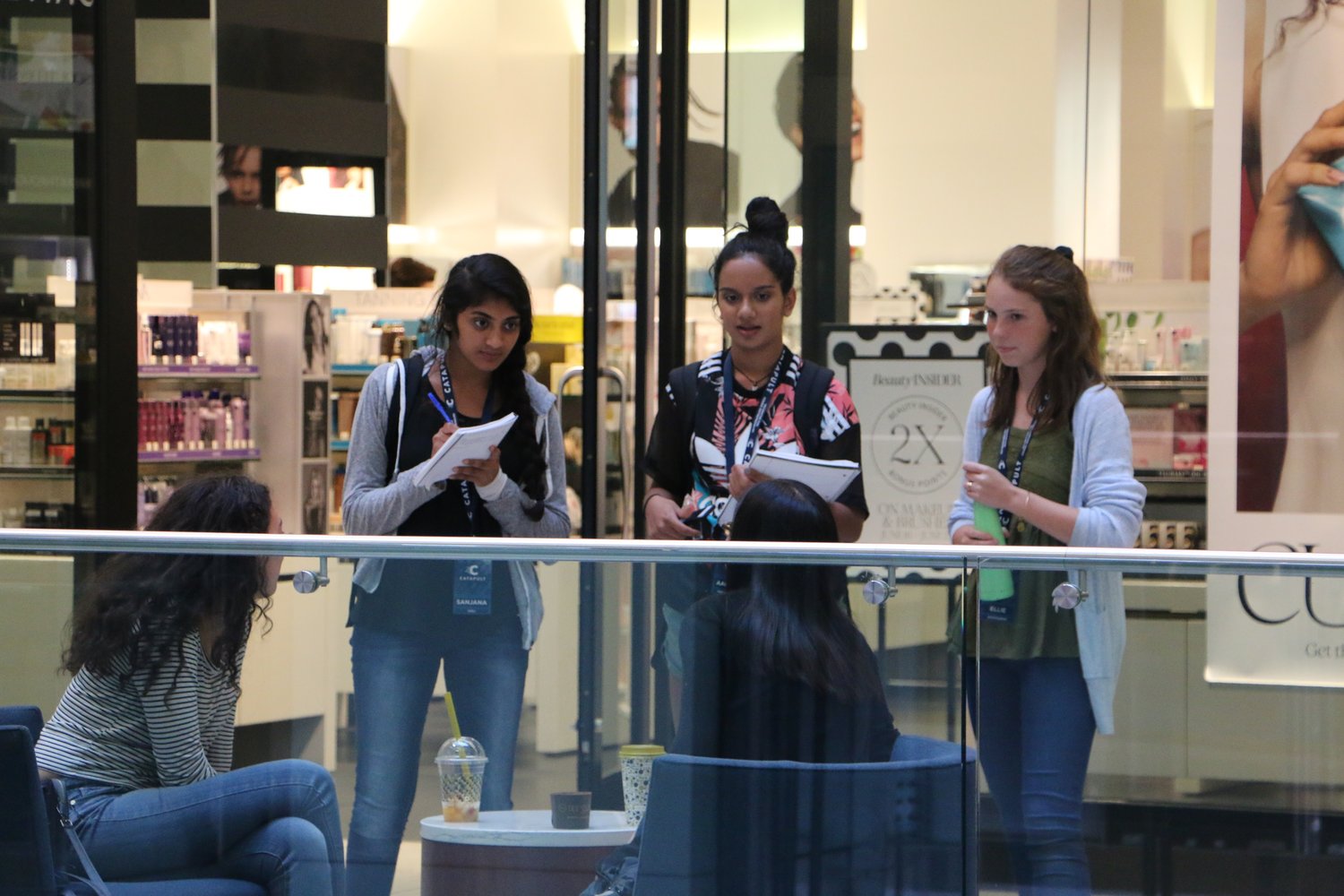 “The night I thought of Threading Twine was probably the first time I felt a substantial amount of self value,” Aarushi says.

But beyond simply publishing content, she wanted Threading Twine to be a place where youth activists from all over the world could connect and interact with each other. This seemed vital to Aarushi, because in her research she had discovered that young people who are interested in politics and activism don’t feel they have spaces online where they can effectively express their points of view.

“Their voices often get drowned out on large platforms like social media,” Aarushi says.

Once Threading Twine went live, it garnered a lot of attention, generating over 20,000 pageviews during the first nine months of its operation. Threading Twine also won the T-Mobile Changemaker Challenge as well as the 2018 SXSW EDU Student Startup Competition, which came with a $1,000 investment.

With over 60 content creators on their platform so far, including activists in Rwanda, Nigeria and Spain, Aarushi says Threading Twine plans to increase their audience in the future by implementing a revenue model based on advertising. They’d also like to host monthly webinars to they can connect youth activists globally.

“We had a webinar over the summer called ‘Tips and Tricks for being an Activist” with three guest speakers. I was so excited!” Aarushi says. “Then we started contacting potential guest speakers for our [next] webinar and… no one responded. We ended up having to cancel.” 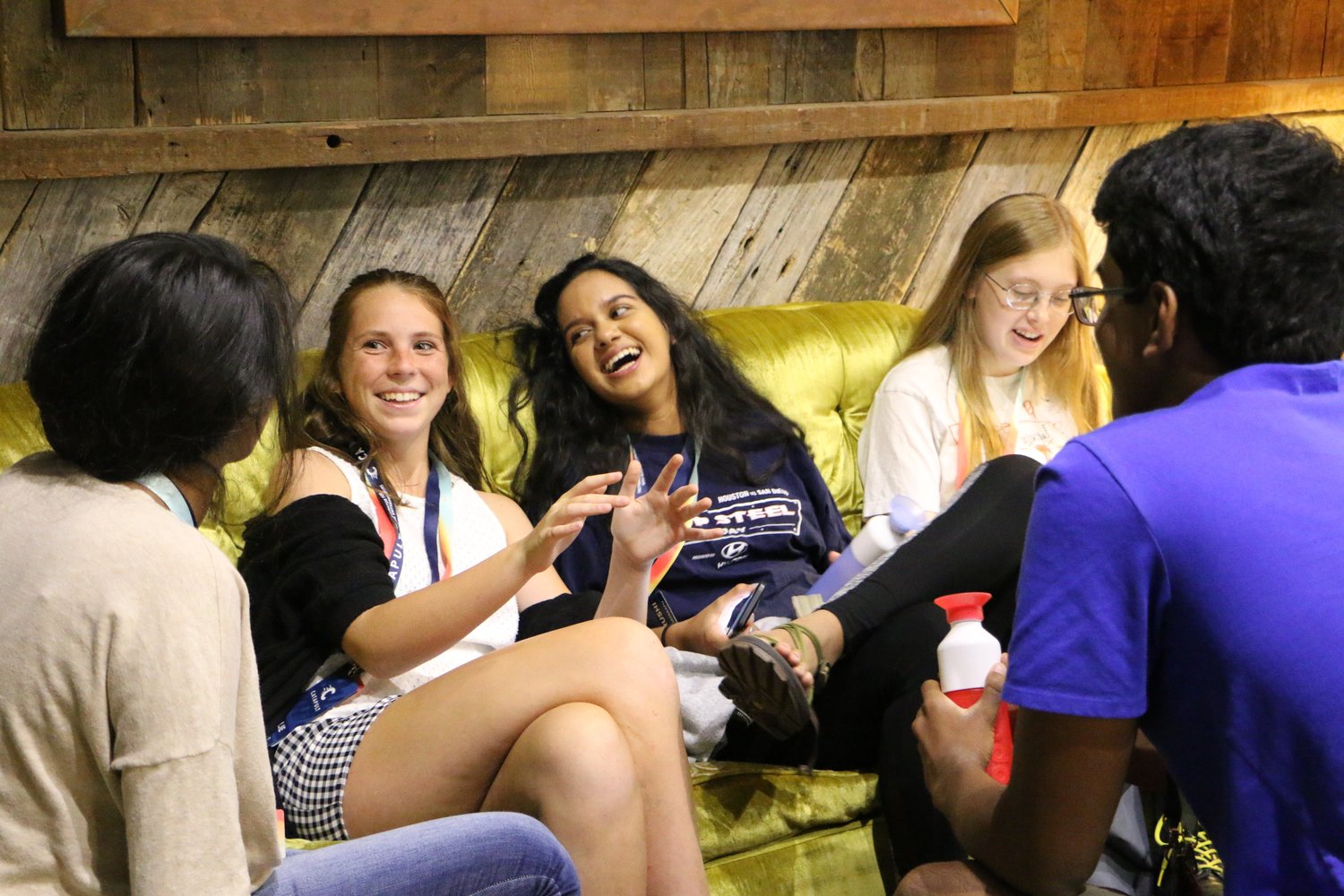 But Aarushi has learned that setbacks like these are often lessons in learning what’s reasonable to take on. “I was so excited, but I had to realize that I have school going on, I’m traveling a lot – how can I do all this? As time goes on, it will be useful for me to learn how to handle things one step at a time and take things slow because there’s no rush.”

Building a social impact venture, says Aarushi, comes with its own special set of challenges.

“Sometimes it’s hard to find the intersection between a business and a social impact organization,” says Aarushi.

She’s learned that it’s a matter of balancing business tactics and social impact, and getting very specific.

“You still need to do customer research, you still need to identify the problems that you’re trying to solve, rather than just starting an organization that’s aiming to help the world.”

Learning to be a leader has also been challenging.

“It’s hard to find the balance because you have to be hard as a leader, but compassionate as a friend,” she says. “That balance is definitely something I’ll still struggling to figure out, but the Catapult Incubator really helped me because it was three months of managing a small team in an intense environment.”

Aarushi is determined to keep promoting activism, and working in social entrepreneurship, despite any sexism she has faced.

“The times when I overhear sexist remarks about my status as a woman entrepreneur are what give me the strength and the courage to continue carrying out my visions for Threading Twine.