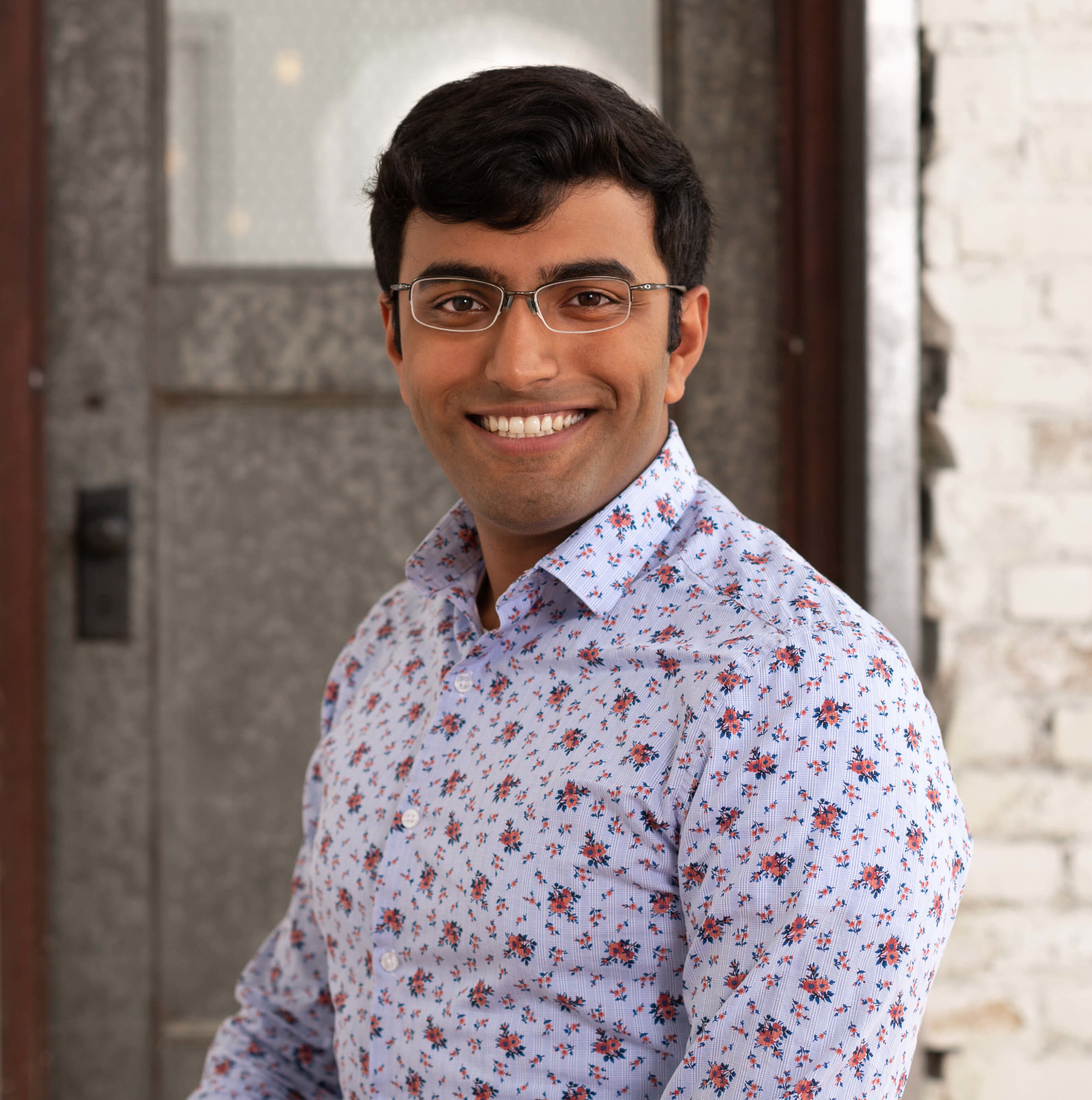 At 20 years old, Bharat Pulgam has served as CEO and co-founder of three different companies.

His latest venture, Runerra, was founded just nine months ago and already has 1500 active users. The Runerra app crowdsources food pickup and errands to neighbors so delivery costs are extremely low – and sometimes free. So far they’ve partnered with Target, Caribou Coffee, and Qdoba, among others. Runerra recently closed their second round of funding, bringing the total raised to over $600,000.

Still, Bharat doesn’t call himself an entrepreneur yet.

“Even though I’ve done multiple things, I don’t think I’ve done it. I don’t like to actively call myself an entrepreneur yet,” he says. “‘Never stop learning’ is such an important thing. Just because you’ve done it multiple times, doesn’t mean you know it all.” 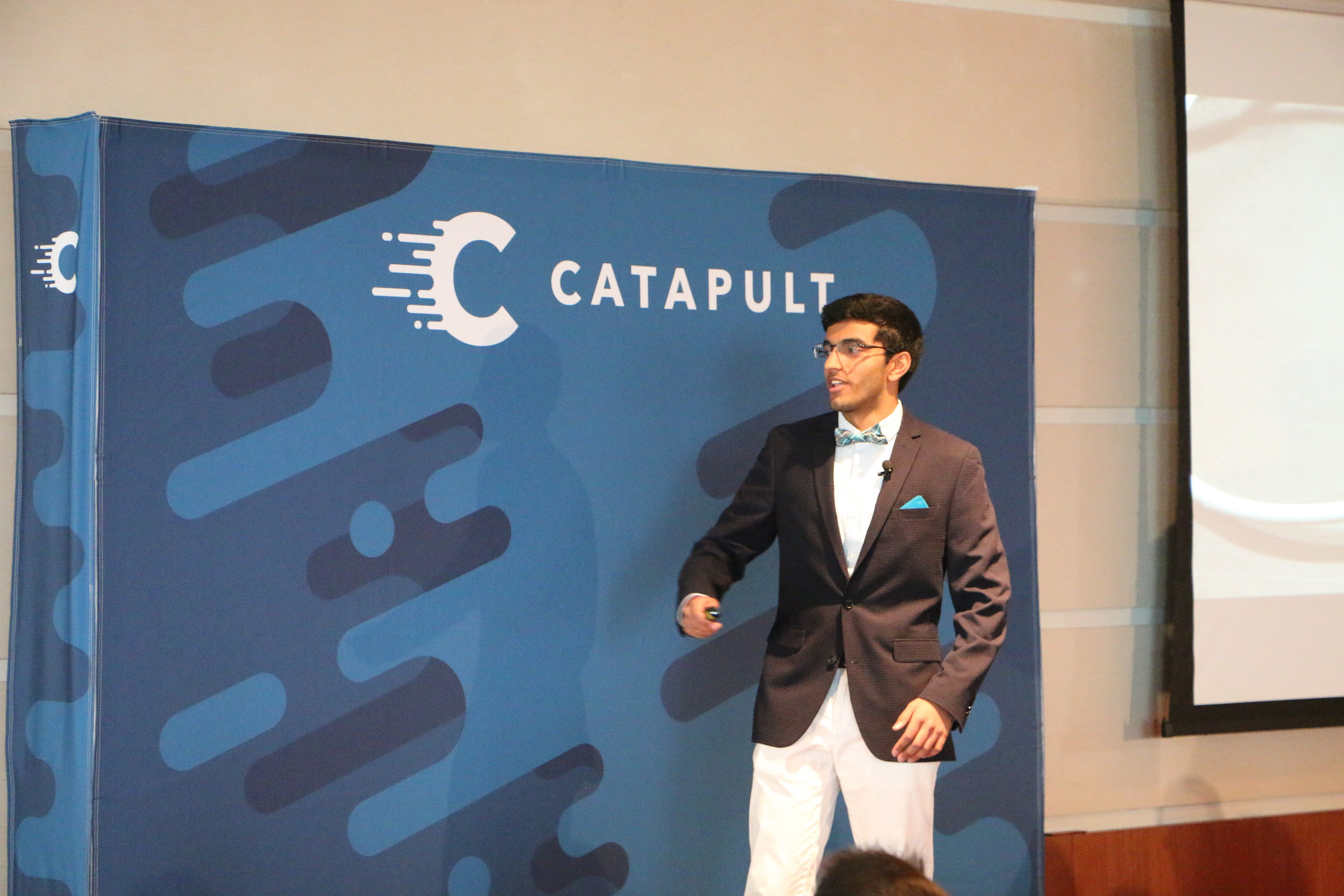 He founded his first venture, MXERS Audio, when he was 15 years old. He brought it to Quarter Zero’s Catapult Incubator and worked on developing MXERS – then known as Ubuds – nonstop for four months.

“I came up with the idea [for MXERS] because I kept breaking headphones and thinking, ‘Why am I replacing the entire set if it’s just the little thing at the bottom that breaks?’”

That problem led to the invention of a mix-and-match personal audio system. MXERS’ modular earbuds allow for a fully customized audio experience that also makes it easy to repair or replace a component if it gets damaged. Users can also swap out earbuds optimized for different activities: sports, focused music listening, or phone conversations.

Their modular technology has been patented and they’re in the process of licensing it now.

But it was a long and difficult road to bring MXERS to market. Their first Kickstarter campaign was a flop. They needed capital to continue development, so Bharat and his co-founder, Jarrett Heflin, went out to pitch, reaching out to over 200 investors in total.

They were turned down by them all.

“Two 16 year olds pitching you for an investment isn’t that compelling. But we kept networking, kept going to these events,” Bharat says. He’d learned about persistence and patience during the Catapult program, and he knew they just had to keep at it. “Getting shot down that many times is a real lesson.”

Eventually they raised enough capital to go into production.

“My co-founder and I drove over to DHL Express at the airport and waited there to get the first box from the factory. That was my proudest moment. All of the hard work that we’d done for almost two years finally paid off with this case of headphones in my hands,” Bharat says.

Since that day at the airport, MXERS has done over $1 million in revenue.

The other big lesson he learned at Catapult, Bharat says, was to always make sure he’s listening to the customer.

Do one thing “really effing well”

By spring of 2017, Bharat had started another venture, a medical device company. As CEO and co-founder of Vitrose Technologies, he was developing a direct-to-consumer testing solution for patients to get diagnoses of common illnesses. With Vitrose, Bharat participated in the gBETA Medtech accelerator, sponsored by the Mayo Clinic, his second incubator experience.

He had also become heavily involved in growing Generation MN, a network for supporting Minnesota students interested in startups and entrepreneurship, and was beginning early work on Runerra. 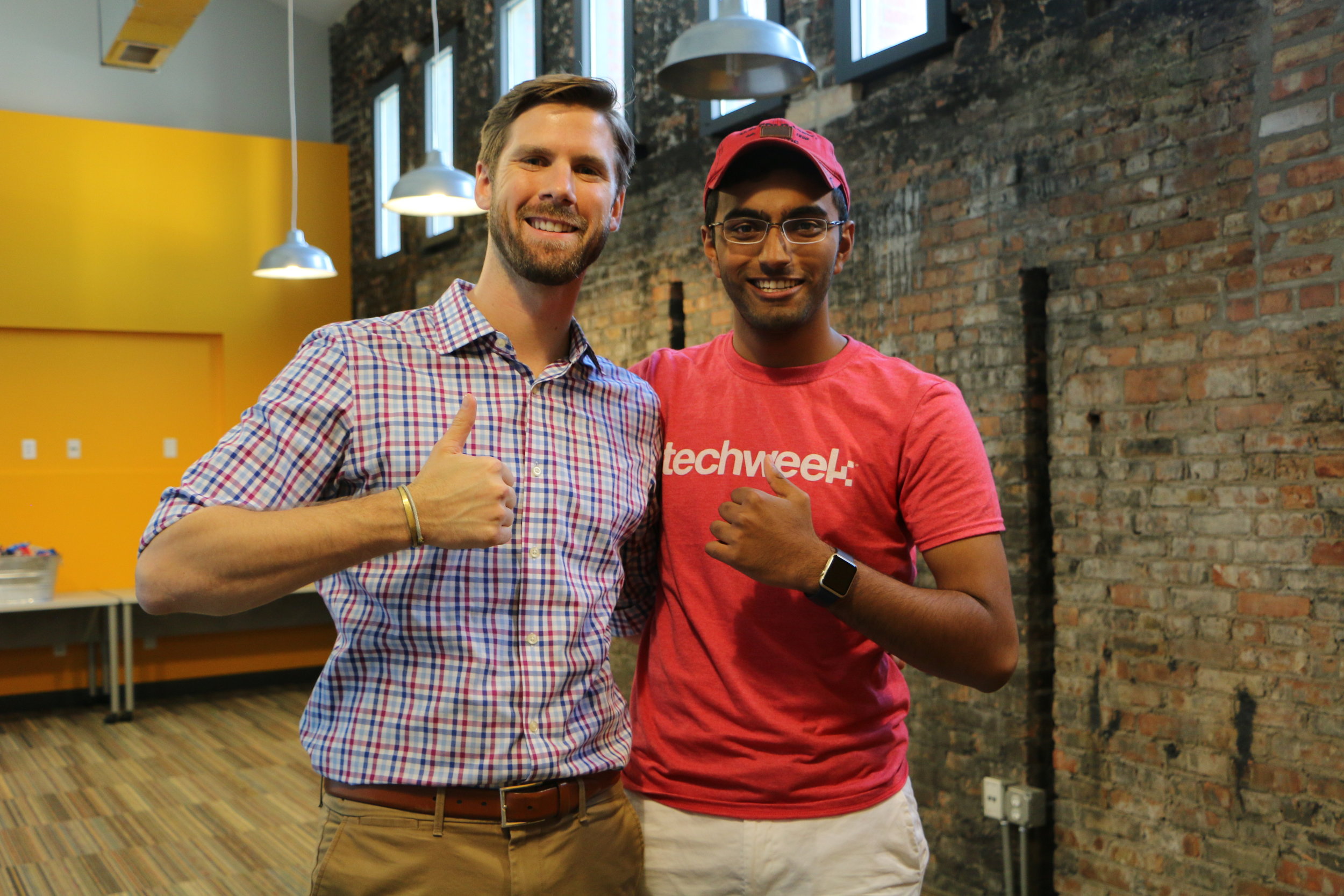 Oh, and he was also taking a full course load at the University of Minnesota.

“I looked around and realized I was spread way too thin, like, who was I trying to impress? I realized I needed to pick the thing I’m really interested in. I knew I could do one thing really effing well.”

That decision led Bharat to focusing his attention on Runerra, with the goal of getting accepted into the prestigious Techstars Retail Accelerator.

Once they got into Techstars, Bharat knew it was time to focus full-time on Runerra. And that’s when he decided to drop out of college.

“I will probably never go back. I don’t take that lightly,” says Bharat. “I dropped out with full conviction that I wouldn’t. If you’re telling your investors that you’re dropping out, you’re dropped out. I gave up a lot to do that. It’s not as glamorous as it sounds—it’s a loss of job security. But my heuristic is if I can’t convince my parents it’s OK, then I shouldn’t do it. Until I got them on board, I didn’t drop out.”

Bharat says dropping out is not the right choice for everyone.

“Anyone who’s thinking of doing it, make sure you really want to do it, because it’s hard to go back. There will be times when you don’t see the metrics you want on the screen. It’s an intense feeling not taking the regular path,” he says. “At the same time, you know the old saying, ‘You might be one in a million here, but there are seven of you in New York City. You’re not special.”

Maintaining that humility is at the core of how Bharat approaches his work.

“Being overconfident can kill your business. Being clear and concise, showing empathy, trusting your team – that’s what’s important,” he says. “It’s a balance. I’d give up my left kidney for my business. But trust your gut. More often than not, you’re probably right.”