Clemente Rivera doesn’t fit within the norm. And he’d tell you so himself.

“I’d say that I’m pretty different from most people, in a positive sense,” he shares. He loves to daydream and read and create and talk to people—certainly more than he likes sitting in a classroom every day. 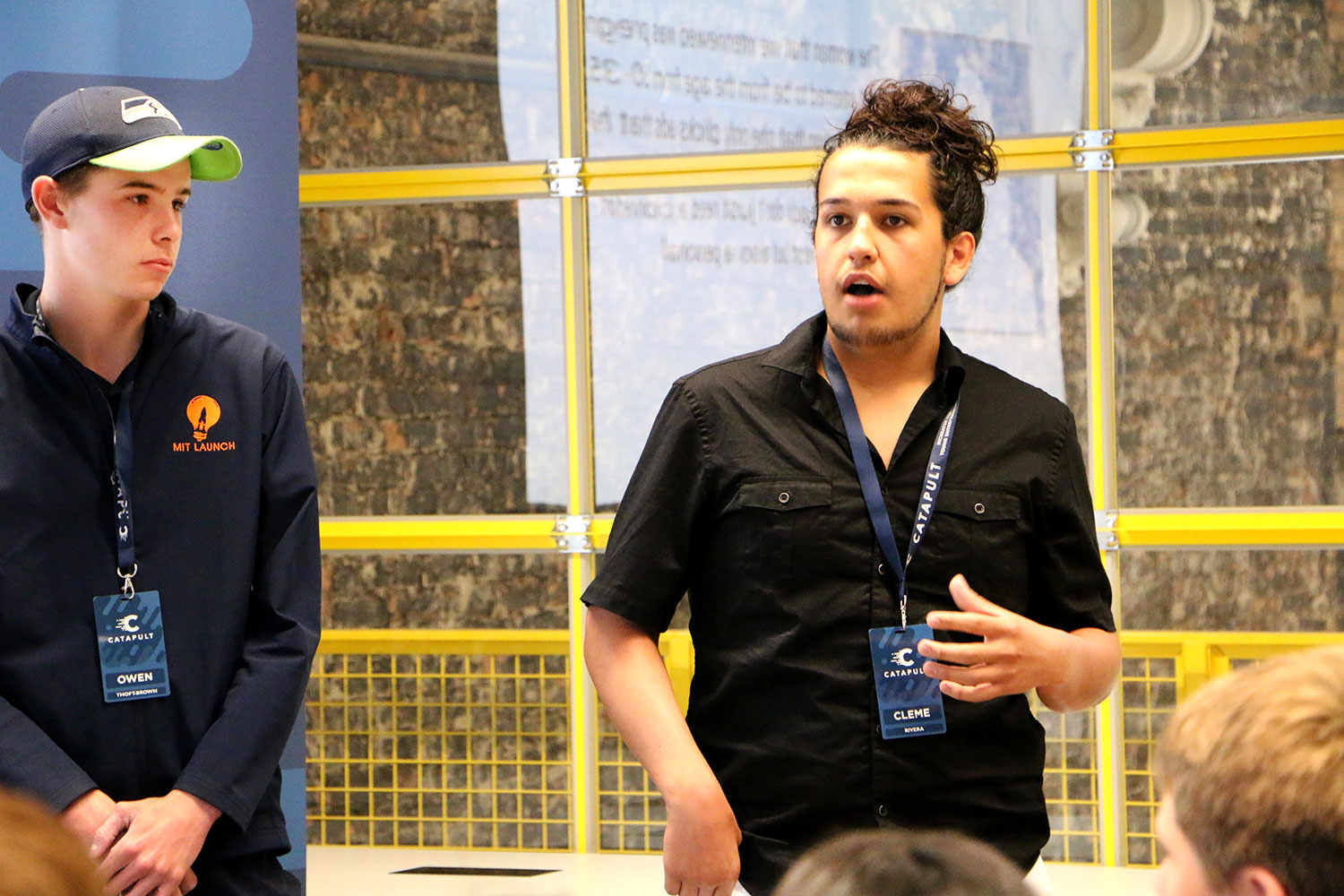 All his life he felt it was hard to find people that were the same as him, especially in the traditional education system. And yet, he quickly found his community and his purpose at high school entrepreneurial program, Quarter Zero.

“I was blown away by the amount of people that think the same and who have the same mindset and motivation and optimism [as me] within the group,” he says.

As a high school senior now, he applied to a Quarter Zero’s Catapult Incubator when his marketing teacher—the only teacher to have a significant impact on him during school—specifically recommended it to him sophomore year.

“I was captivated by the idea of it,” Cleme shared, “[by the idea of] traveling and learning. So I applied and got in.” 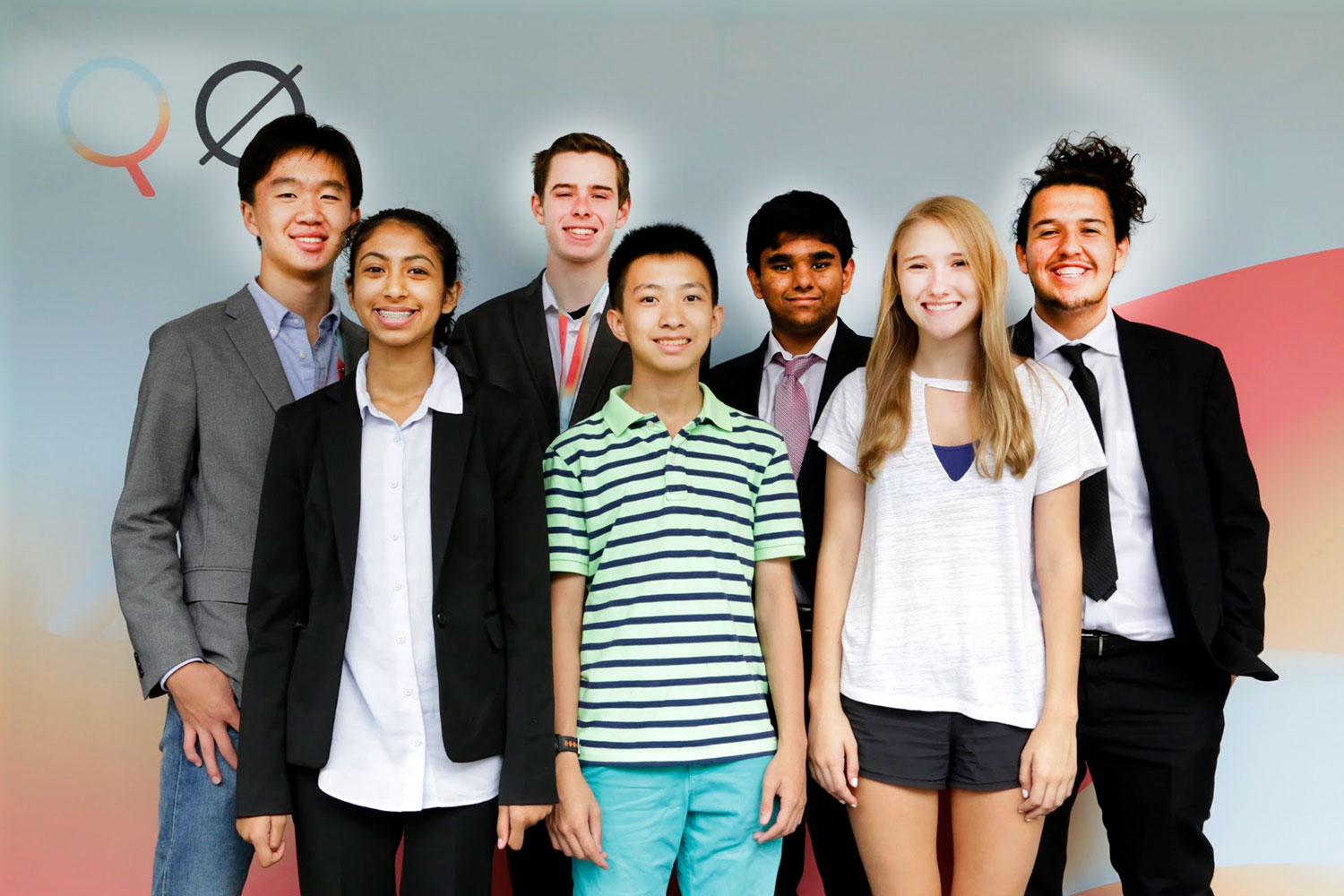 On that very first trip to Chicago, Cleme got to experience what makes Quarter Zero so different. Calling the experience “eye-opening”, he says that it changed his perspective on entrepreneurship (saying he felt it was “taking a turn for the better”) and gave him a newfound confidence within himself.

Cleme’s team worked on a startup called LandoMedia—the self-proclaimed “Uber of advertising”—where he and his team members would pay social media users to advertise products to their followers on their social feeds.

The angle was simple and smart: consumers trust what their friends buy. If your friend posts an ad for something on Instagram, you’re that much more likely to buy it because the recommendation came from a trusted friend. It was a win for the social media user who made extra money by doing what they always do (posting to social media) and a win for advertisers who got greater reach and engagement for their products.

Though he no longer works with the LandoMedia team, Cleme says “there are no words” to describe the experience of working on the venture; in particular, on a company that actually made money. But he admits that the experience wasn’t all fun and games either: “I didn’t underestimate it, but when I got there it became real—the grind was real.”

It’s been a year since Cleme went through the Quarter Zero experience, and he still has entrepreneurship on the brain: “I’ve been inspired and my mind has sort of shifted to changing the world and what can I do to make the world better.”

But the value of the experience, he says, goes beyond entrepreneurship: “If we could get every [high schooler] in the US to go through [Quarter Zero]—their eyes will be opened . . . and then they see things differently.”

Not every Quarter Zero alumni follows the entrepreneurial path, but Cleme thinks he’ll always be an entrepreneur. While he’s always loved creating for and inspiring people, his Quarter Zero experience really showed him what was possible—what he could create and how he could contribute with the right team and the right resources.

As for what he’d share with other Quarter Zero young entrepreneurs? “I would emphasize that it’s not far-fetched to have your business idea taken seriously.”

Take your ideas seriously. Power your potential. Explore what you can learn and create with Quarter Zero.

Explore Our Programs
Signup For the newsletter
Top