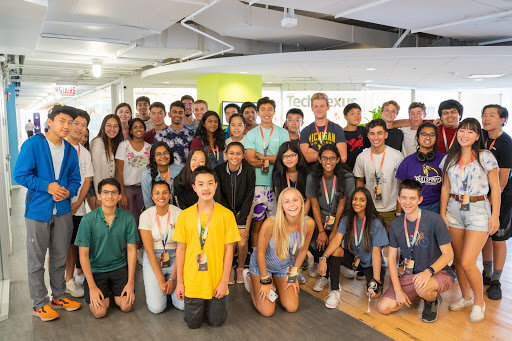 If you told me earlier this year that I would spend my last high school summer ideating, prototyping, and pitching a start-up idea all while exploring 3 major entrepreneurial cities, I wouldn’t have believed you.

Growing up, entrepreneurship rarely crossed my radar. As someone who was predominantly surrounded by STEM, my passions were molded by my environment, and I quickly took a liking to math and science subjects. Through it all, however, my sights were set on one thing: becoming an effective changemaker in our society. I longed for the day where I could transform my STEM knowledge into viable ideas, witness these ideas come to fruition, and embrace the feeling of excitement that resulted from knowing I had effectuated positive social change.

However, as cliché as it sounds, roadblocks appeared at every turn of the path. Criticism such as “you aren’t old enough” or “wait until you’re done with school” falsely clouded my thoughts and prompted me to question my aspirations. To add insult to injury, I had no idea where to begin such an endeavor.

As if on cue, a promotional post from Quarter Zero appeared on my Facebook feed a week later claiming to power the potential of high school entrepreneurs. It appeared to be (and definitely was!) the perfect combination of features I was searching for: a safe learning environment, a network of qualified mentors, and a community of similarly driven individuals. Although I initially remained hesitant due to my lack of exposure to entrepreneurship, I dove for it anyways, realizing that simply applying would do me no harm. In retrospect, applying for Quarter Zero was quite possibly one of the best decisions I have made because it repeatedly challenged me to leave my comfort zone, question my ways of thinking, and grow my entrepreneurial skillset.

As an introvert, I naturally deter from public speaking, but I quickly realized that communication lays the foundation for any great team. Even when I was hesitant to speak up, I was constantly reminded of one of Quarter Zero’s mottos: “fail fast”. In a controlled environment with minimal consequences, I was in fact encouraged to stumble to learn from my mistakes, which became not an indicator of poor performance but one of quicker progress. 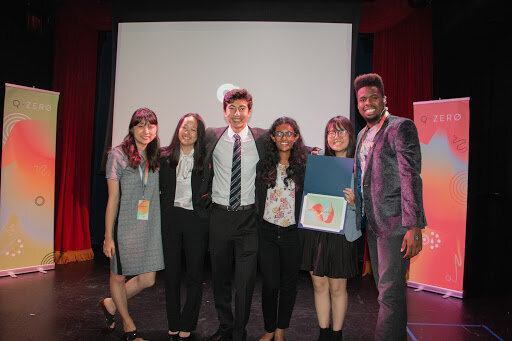 Failing played a significant role in the development of our start-up as well. Our start-up, Generate Start, centered on providing an easy-to-use scholarship searching platform, specifically with local scholarships, to high school college counselors; however, this was not the exact model we began with. Overly concerned with the saturation of the market, we hit a dead-end within hours of embarking on our journey. Our mentors, however, saw past our issue and guided us to investigate the customer issues before agonizing over an appropriate solution, so we spent the following week interviewing over 50 high school students from across the US to gain a firm understanding of why finding scholarships is a difficult process and why other platforms weren’t desirable. In doing so, we were able to establish our value propositions, which then allowed us to begin working towards a presentable idea.

As such, a simple shift in our mindsets and approach made all the difference. Even today, with a problem as simple as resolving where to host an event, I have adapted to consider multiple facets and perspectives rather than be constricted solely to my preferences. I will undoubtedly carry this open mind with me to any team I join and any venture I embark on.

Moreover, identifying customer pain points and value propositions is of utmost priority in today’s innovative world; otherwise, a company may not gain traction or address any true need. After Quarter Zero, understanding these concepts allowed me to return to my hometown with a fresh pair of eyes as I began constantly assessing situations, involuntarily attempting to understand others’ struggles.

Beyond simply the entrepreneurial aspect of the program, the travels and encounters with other like-minded individuals added the cherry on top. As a travel-enthusiast, not only did Quarter Zero’s unique structure grant me the freedom to explore the cities, it also allowed me to create long-lasting memories with my newfound friends as well. 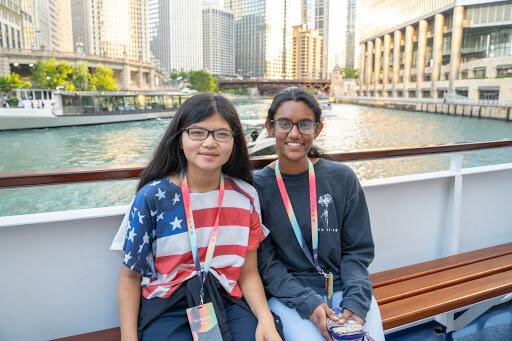 Consequently, I can confidently conclude that my outlook on the world has been significantly modified through what I learned this past summer at Quarter Zero. Had I not clicked the Facebook post out of curiosity, I would have missed an incredible opportunity to amplify my passions and grow as an individual and team player.